SoundCloud Post is a three-part series of music-media works. A first work in progress version of Stream has been presented in the online exhibitions Maker Art by The New Art Fest and Ars Electronica’s Global Gallery. The project is supported by Musikfonds.

Music streaming platforms have fundamentally changed the experience and methods of music reception. These pieces aim to render the impacts of this new mode visible and explore the artistic potential of its excess: 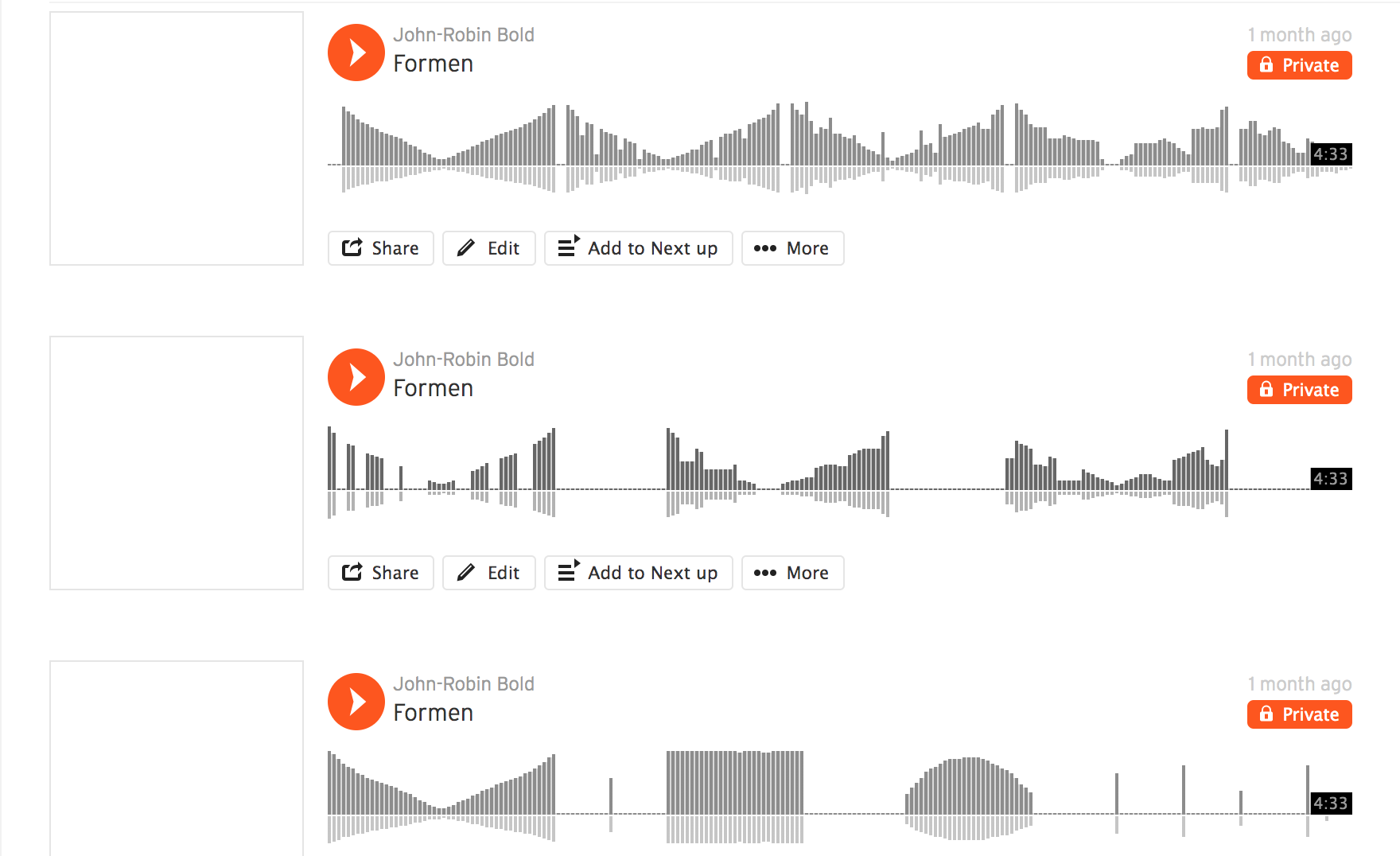 Track makes use of the connections between the audio and the visible envelope of a track on SoundCloud. Far from being merely a representation of the audible, such envelopes bring forth a specific perception of time – anticipation,  instantaneity, direction, reversibility, quantisation. Furthermore, the inherent audio-visual interplay resembles the predominantly 20th century attempts of visualisation of sound, sonification of shapes and graphic notation.

Stream is a network of tracks  which are linked by hashtags, likes, reposts or followings and uploaded on different, often anonymous profiles. Both utilising and undermining the auto-play function, an open form, open-ended and massively collaborative piece emerges whose viral characteristics are inherent. Stream subverts and perfects the mechanisms of its own existence. A suicidal act of turning its own organs inside-out in order to live.

Playlist (work in progress) deals with the fragile dependence of extremely short continuous tracks on internet connectivity, as well as the role of changing images. Consisting of several thousands of only milliseconds long, a playlist running at highest speed possible will produce glitches – discontinuities which effectively rhythmize  the piece. Simultaneously all of these tracks are equipped with their own image whereby a sort of film occurs.